Some Resources (And Thoughts) on Tactical Voting 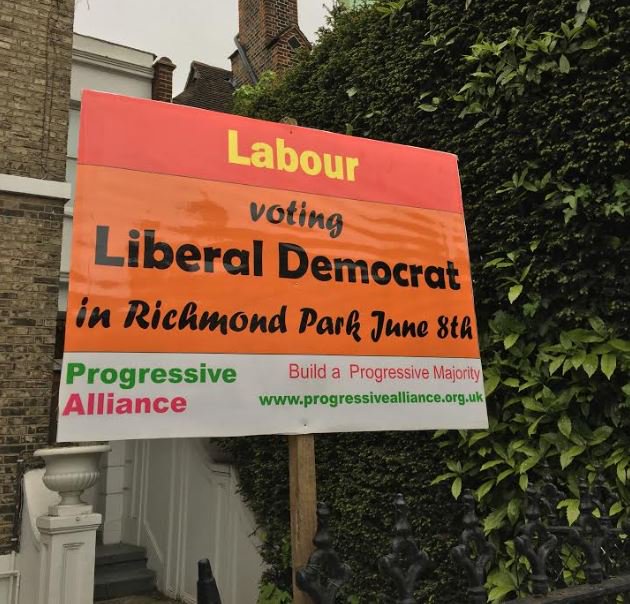 Britain’s electoral system is broken, in a fundamental way. The vast majority of seats never change hands, and the government we’ve had for the last two years — a “majority Government” — was a party that was only voted for by 24.5% of eligible voters. And fewer than that voted for the Tory MPs who made up that government.

The Brexit referendum, cosying up to Trump, benefits cuts, attacks on immigrants, the return of secondary moderns… all of this is because of policies voted for by less than a quarter of eligible voters. Seventeen percent of the population.

That’s how broken our electoral system is. That’s how much damage a broken system can do.

I’d argue, in fact, that that much damage caused by such a bad system renders it a moral obligation to only support parties who would fix that system, and that therefore anyone who votes for any party other than the Lib Dems, Greens, SNP, or Plaid is voting for a continuation of that system and personally responsible for every bad thing that results from it.

I’d argue that, at least, if I were the kind of insufferable arse who harasses supporters of other parties on social media for daring to veer from the One True Way. As a Lib Dem, I’ve been getting a lot of this in recent weeks — from Brexiteers who call me an enemy of the people for not wanting the country to commit economic suicide to spite foreigners, and from Labour people who think I’m a bourgeois class traitor for not wanting to support a party which, in Manchester where I live, steals the sleeping bags and tents from homeless people. But I know enough utter pricks in my own party that I’m sure there are a lot of them doing the same kind of thing to supporters of other parties. Much as I wish it weren’t the case, being a terrible human being crosses party and ideological lines.

However, I at least — and I hope most of my readers, certainly most of my friends — understand that people’s basic principles and their voting patterns correlate only weakly, and are dependent on pragmatic considerations including local candidates, the national polling, local issues, personal knowledge, and half a dozen other things.

I’m as strong a Lib Dem as you can imagine — I’ve been a party member for eleven years, a candidate twice, and (other than in a local election once where we weren’t standing and I voted Green) I’ve voted Lib Dem at every election (General, council, European, mayoral, police commissioner…) since 1997. Yet I can easily imagine situations where, if I was in a different constituency, I’d be voting Green, Labour, or SNP. (I’m afraid I don’t know enough about Plaid to say there). In fact, we’ve got a great candidate in my area, but if the other candidate who stood for the selection (a complete useless arse who has since defected to George Galloway’s campaign in a sulk because he didn’t win) had got the candidacy I’d probably be voting Green.

But I’d still be a Lib Dem. People have to operate within a broken system, and our party identities sometimes have to take a back seat to minimising harm.

And right now, there’s a lot of harm to be minimised. There are two separate threats to the country at the moment, as I see it — you may, of course, disagree. One of these is Brexit, and in particular the “hard Brexit” being pursued by both major parties, where the country’s economic and social wellbeing is being sacrificed on the altar of hating immigrants. The other is the ongoing breakdown in the social contract, pursued most vigorously by the Tories, which amounts to an ongoing war against the poor, the disabled, and the otherwise marginalised.

(There’s a third issue as important as those two — the movement for independence in the nations of the UK. As that’s a matter for the people there, not for me, I’ve not looked into that deeply enough to have an informed opinion).

Now, from where I’m sat, the solution to both those problems — and to the problems with the electoral system — is the same. Vote Lib Dem. Our policies in these areas are far from perfect, but we’re the most internationalist, pro-Europe, party, and we’re also the one that wants to put most money into benefits, health, and social care.

(That may surprise some people, but it’s an example of the way political rhetoric and positioning doesn’t match reality. Labour under Corbyn is portrayed, by both their friends and their enemies, as being some sort of neo-Marxist sect somewhere to the left of Gramsci, but their manifesto is a relatively moderate social democratic one. The Lib Dems, on the other hand, are uniformly portrayed as wishy-washy centrists, but our manifesto is slightly — very slightly — to the left of Labour’s on these issues.)

The problem is that a lot of people who agree with me on these issues will be splitting their votes among Lib Dems, Greens, Labour, the SNP, and probably half a dozen tiny parties I’ve never even heard of, when a tiny number of people voting tactically could help prevent a lot of the damage. There’s going to be a Tory majority — there’s no doubt about that, unfortunately, because the UKIP-supporting right has moved to support them en masse — but it’s still possible for us to reduce that majority and reduce the damage as much as possible, and to get good MPs into position to take away that majority altogether at the earliest opportunity.

And that can be done. 2015’s Tory majority came about purely because Labour and Lib Dem supporters stopped voting tactically to beat the Tories — we voted for a clean conscience rather than the best-placed anti-Tory candidate, and the result was a Tory majority. This time, though, twice as many people say they’re willing to vote tactically as in 2015.

So I’m going to suggest three different resources you can use to vote tactically and maximise the power of your vote. Don’t follow them unthinkingly. All have biases, all will produce different results. See what they have to say and if it makes sense to you.

The first resource is the one I, personally, would find least useful. Tactical2017.com is a specifically anti-Tory tactical voting site, so it recommends voting Labour in a lot of Lib/Lab seats (though not all — there are a few where it prefers the Lib Dem candidate) and in Labour safe seats. Personally, I would advocate voting your conscience in a safe seat or in any seat the Tories can’t win, but that’s me. So if you’re a strong Labour supporter but would consider voting tactically where Labour have no chance, this is probably the best site for you.

The other resource is one I personally prefer, but it doesn’t cover Scotland as the unionist/nationalist split there is orthogonal to the other ones (for similar reasons neither site covers Northern Ireland, where none of the mainland parties stand). InFacts is a pro-European site, which sets out its rules very clearly, and I mostly agree with them — back all sitting Lib Dem or Green MPs, back Lib Dems and Greens where they *can* win (except against Labour MPs who voted against Article 50, where they’re neutral), back Plaid where they can beat Labour or Tory, back Labour where they can beat the Tories and Lib Dems and Greens can’t win, and in safe seats vote your conscience for either Lib Dem or Green. I do have one minor disagreement with them — they recommend the Tories in sixteen seats, and I don’t think any Tories are worth voting for on pro-Europe grounds — but their end results are close to what I’d suggest. They say that for the 573 seats in England and Wales their guide recommends “Labour in 174 seats, the Lib Dems in 109, the Conservatives in 16, Plaid in 4 and the Greens in 3. In the remaining cases, the guide is neutral – almost always between the Greens and the Lib Dems.”

And finally, a reality check for your tactical vote. Both the sites above base their recommendations on past voting behaviour, but people and seats *can* change. YouGov are updating, daily, their constituency-by-constituency estimates of what the vote share is likely to be based on their polling. There include estimates of every party’s vote share and error bars showing the high and low ends of the likely range. You might want to check that to see if your tactical vote makes sense given current polling in your constituency. That site won’t tell you how to vote, and we all know that polls (especially polls on a constituency level) can be very wrong, but it’s a useful sanity check.

Whatever your vote — whether you vote for the party you most support, vote against one you hate, lend your vote for a single election to someone who can defeat a bad local candidate, or don’t vote at all because the system is so rigged — if you make an informed choice, for good reasons, that choice is the right one, no matter what anyone else says. If you’re a Labour supporter voting Lib Dem or a Green voting Plaid, you’re still a supporter of your party, and a sensible one.

And whatever your vote, I hope it leads to a less damaged Britain than the one we would otherwise be seeing.

This blog post is brought to you by the generosity of my backers on Patreon. Why not join them?

This entry was posted in Uncategorized and tagged election 2017, lib demmery, tactical voting. Bookmark the permalink.

2 Responses to Some Resources (And Thoughts) on Tactical Voting