Partly because it’s taken me *much* longer to get the next Cerebus piece up than I’d hoped (either tonight or tomorrow, even if I have to spend the entire time glued to the keyboard), and partly because at least one person I know has started reading Cerebus recently and is deeply unimpressed with the first volume, here’s a little bonus – ten of the best moments from the series, to show it does get better…

I’m missing some of my favourites out here, like the whole prayer sequence (“Cerebus is a bad flyspeck!”) because the pacing of the series tends to mean a ‘moment’ can be ten or fifteen pages. Likewise, scenes like Jaka’s conversation in prison only have resonance because of everything that’s been built up in the story previously. But here’s some of the sequences that last three pages or fewer…

Alec MacQuarrie tells off his mother, from Guys 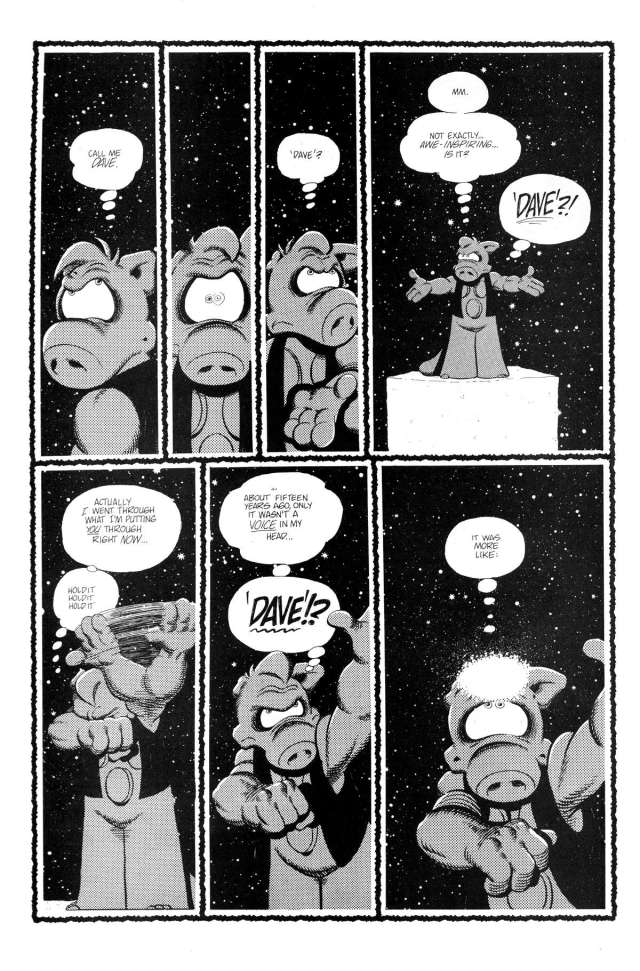 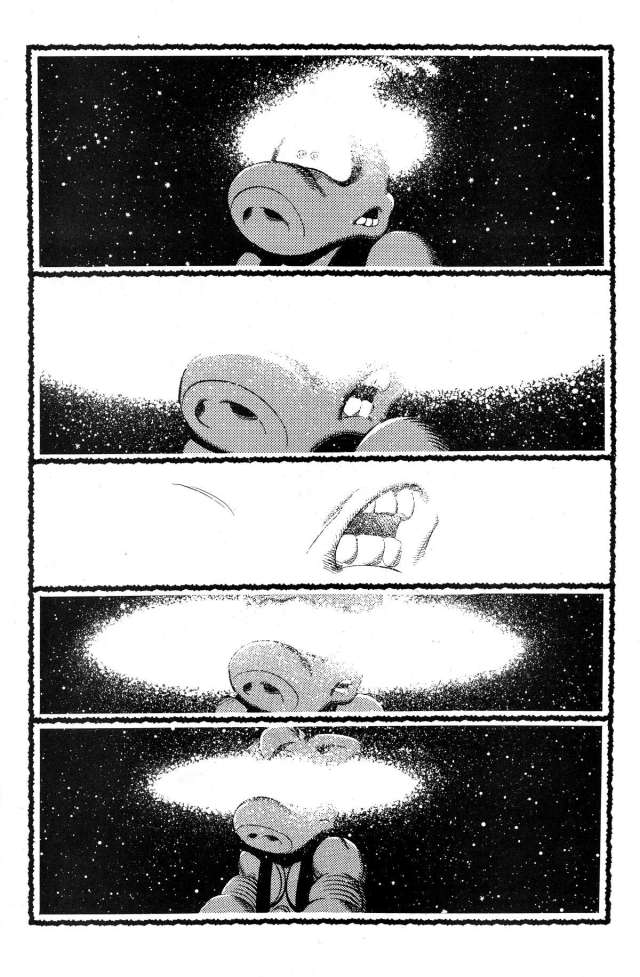 Cerebus meets his maker, from Minds 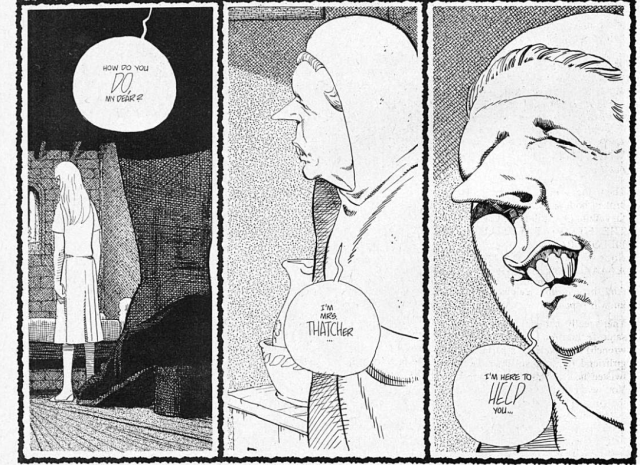 The Ben-Gurions Of The Galaxy - even when the content got... unusual... the craft in Cerebus can't be bettered. From Latter Days

The Roach and Elrod as Swoon and Snuff of the Clueless, from Women. I have a copy of Women signed by Neil Gaiman...

Not only a great scene, this also prefigures the appearance of Oscar Wilde in later stories, and even Cerebus' own death. From Church & State

Page From Form & Void. I consider this the visual pinnacle of the series, but it's not really a book one can easily excerpt

Double page spread from Latter Days. Even when the story was at its least pleasant, the art is stunning

This entry was posted in comics and tagged cerebus, comics, dave sim, gerhard. Bookmark the permalink.